From Bremen to Arnemuiden, Zeeland, Netherlands (2015)

After refurbishing the deck we are departing from Bremen to Bremerhaven waiting for the right weather to sail out on the Northern Sea. Passing by Wangerooge and Spiekeroog we stopped in Langeoog where we stayed a day enjoying wonderful weather and the lovely Island.

Afterwards we sailed around Norderney, Juist and Borkum to Delfziel in the Eems Delta - the entry to the so called "Staande Mast Route" in the Netherlands. This route is a Network of various natural and artificial waterways where all bridges and locks can be passed with standing mast. After leaving the entry lock it was very unusual and impressing to drive with the boat through the Country side of Friesland.

The first Highlight was Groningen where we had to pass 14 bridges on only a very few miles. Partly the brdige keeper was after opening and closing the bridge riding with the bicycle to the next brige while all boats had somehow to wait Floating in the river.

Also interesting was that for some of the bridges you have to pay toll which is done by putting the coins in a wooden shoe, clog, which was swung on a fishing-rod by the bridge keeper over the boat. 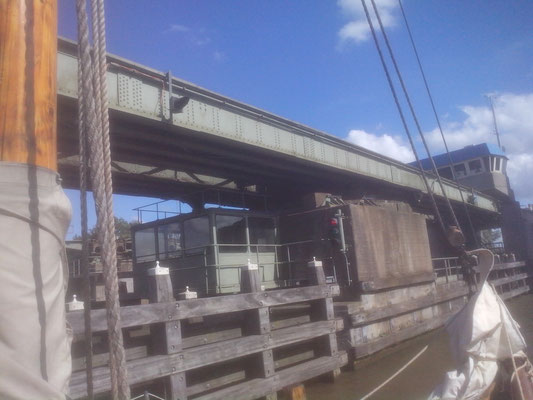 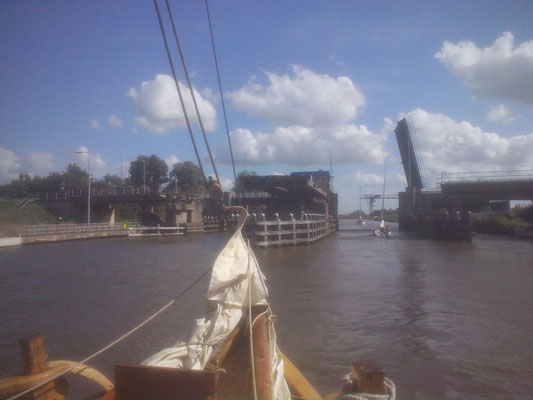 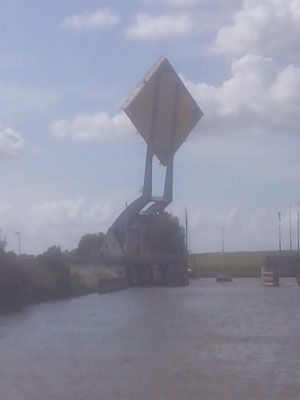 After crossing the Iisel- and the Markermeer (using the historic lock in Lemmers from1896) we were passing through Amsterdam on the way to Ijmuiden, the exit of the Staande Mast Route entering again the Northern sea

From Ijmuiden we sailed to Scheveningen (Den Haag) and from there crossing Rotterdam Harbor entry in the Haringvliet a creek of the Northern sea which has been closed whith a huge dam after an incredible flood in the 1950's. We had nice sunrises... as the wording says bringing raim and bad weather

Going through the Easter Schelde and the Veerser Meer we finally arrived in Arnemuiden at the C.A. Meerman ward, a historic ships warf where we have our winter berth after another 500 seamiles.